This project was a new build commercial retail development. We worked extensively with the consulting group on the coordination to ensure the two-storey building was completed on time and within budget.

The substructure of the building included a concrete foundation wall and strip footings. The superstructure included structural steel and metal decking. The Interior of the building features a common lobby complete with an elevator and duct shafts from the roof to the main floor.

Before we began working on this project, mock-ups were required to ensure that our building envelope tie-ins for both systems would work properly. We kept the mechanical system simple with water, sanitary, and gas stubs added to each unit, including the roof-top units that future tenants can tie into for heating and cooling.  The electrical system included a variety of 100-amp and 60-amp panels installed in the individual bays that tenants can tie into. 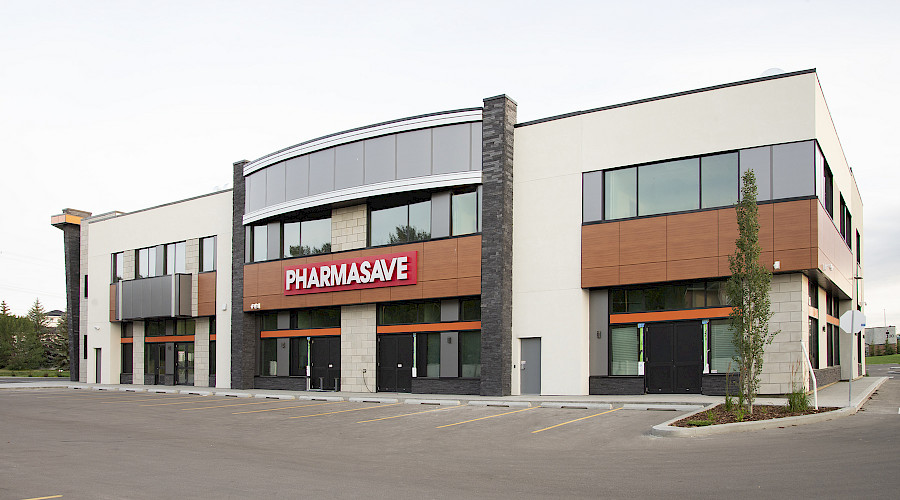 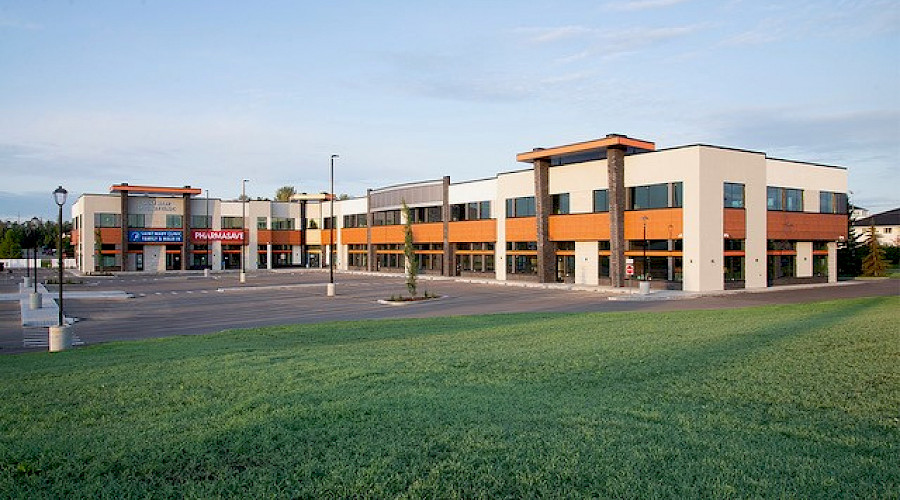 We faced a challenge when beginning this project, as the old buildings on site were only demolished above grade. Before we could jump into construction, we had to complete additional demolition underground.

The weather in the fall of 2018 brought on another challenge. It started snowing in September! Because of this, we had to delay the completion of the site work until spring 2019. It caused a domino effect on other aspects of the build. It slowed installation of the superstructure, which pushed many finishing trades into the winter months. To deal with some of these setbacks, we brought in all-terrain lifts to install the steel, and to clean the muddy and snowy streets almost daily. Since the plaza was located on a five-acre site, it gave us the opportunity to have materials delivered early. That way, we could avoid some of the delays.

To ensure this project’s success, all team members relied on collaborative construction to tackle the unforeseen challenges as they arose.