This project involves an upgrade and expansion to the existing wastewater treatment facility (WWTF) for the City of Lloydminster. The existing WWTF is composed of three main components: headworks, aerated lagoon cells, and an effluent pumphouse.

Currently, the City of Lloydminster’s aerated wastewater stabilization lagoons are unable to meet the required regulations. To meet these requirements, and maintain sufficient capacity over the next 20 years, all existing onsite infrastructure will be incorporated or repurposed into a new mechanical wastewater treatment plant.

This joint venture with Bird Construction will be completed through integrated project delivery (IPD). The new facility will have large exterior, partially-buried concrete tanks for the primary clarifier, equalization and fine screen chambers, bioreactors, and the membrane tanks. The supporting membrane process equipment will be housed in a large pre-engineered process building and the abutting administration building will be a traditional framed structural steel building. The new structure will seamlessly connect to the existing building. Existing screens will be used as coarse screens, one lagoon will be used for sludge storage and digesters, and the other two lagoons will be used as a wet weather storage cell and overflow. The effluent pump station and force main will also be reused.

Working collaboratively with the engineers and our structural formwork superintendent, we were able to optimize the secondary treatment clarifier to reduce the expected concrete by half, saving hundreds of thousands of dollars in the budget. This was a great example of what having the right team in place can do for the success of a project. 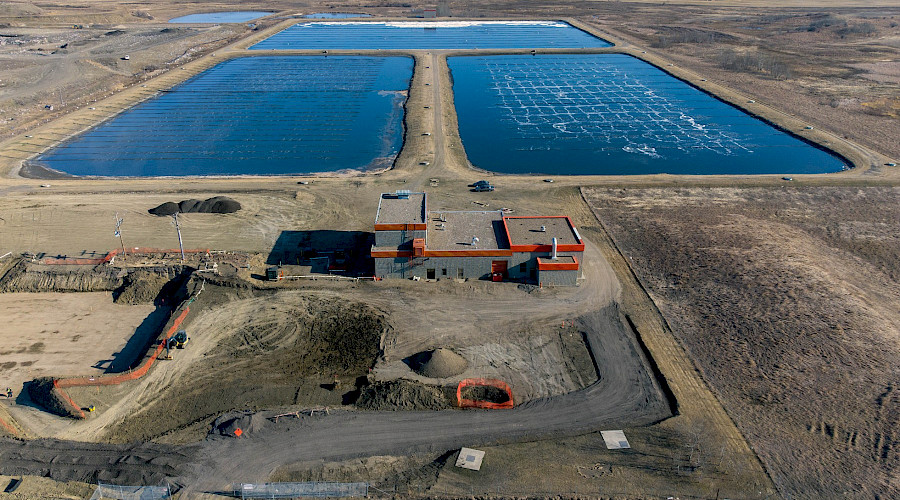 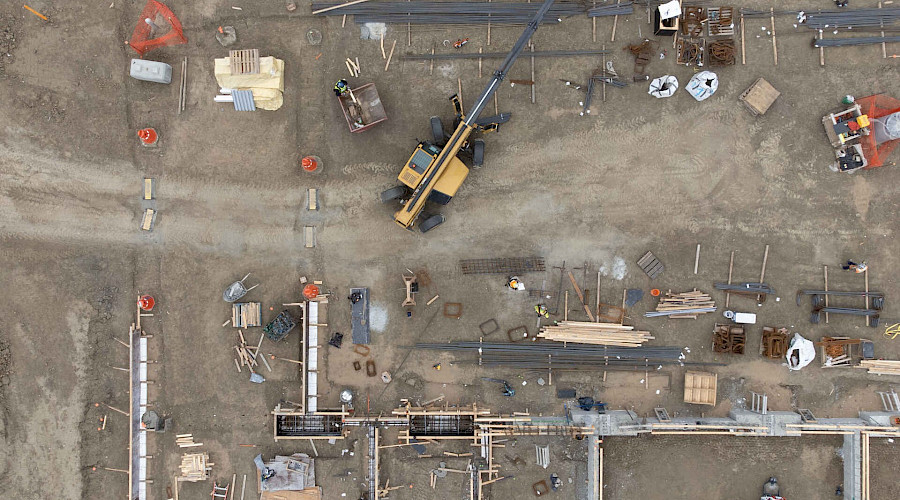 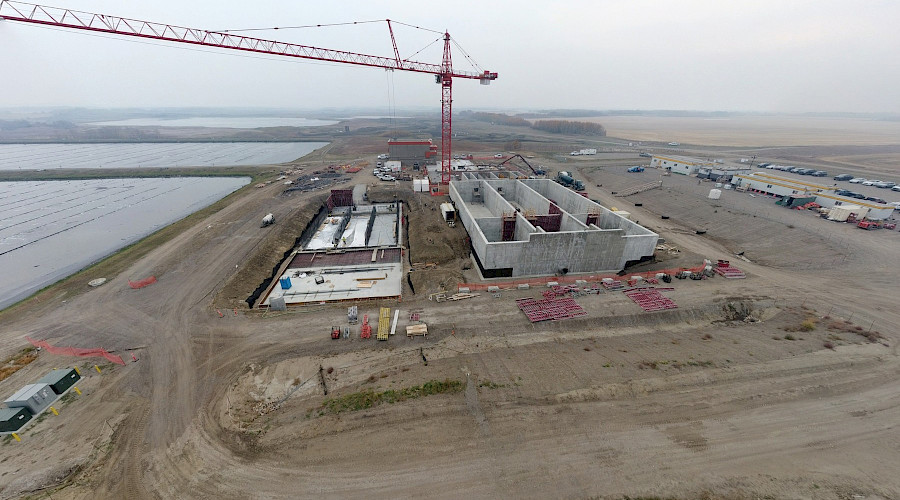 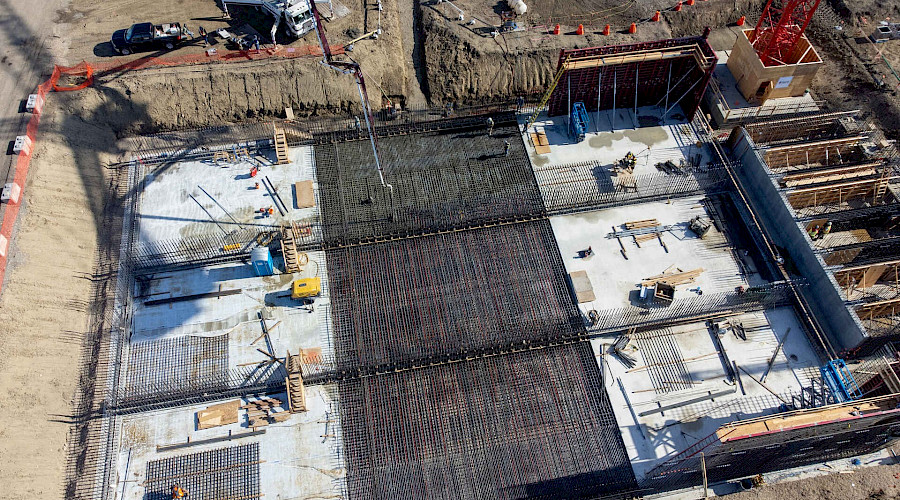 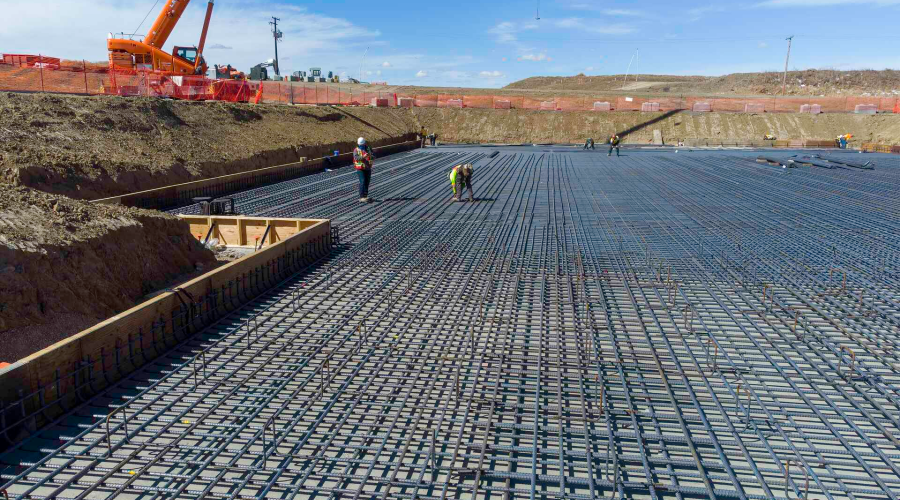 The IPD contract allowed for innovation and collaboration to optimize solutions to problems unique to the owner and the project. Lloydminster experiences intermittent flows of heavy oil moving through its sanitary system - something few jurisdictions experience. The treatment processes we developed to handle this issue was budgeted and designed in a real time. The iterative process allowed us to find the best solution.

This was the biggest hurdle the IPD team had to overcome during validation. We did extensive research, developed different options on how to protect the facility and biology, and conducted a Choosing by Advantages (CBA) exercise to select the most viable option. A proven and robust technology was selected: a primary clarifier. This comes at a financial cost that was not originally anticipated but protects the downstream processes and equipment. It also significantly reduces the maintenance costs in the future when there are hydrocarbon events.

During the design of the underground concrete tanks, there was significant debate with respect to buoyancy requirements for the tanks. To solve the debate, test pits were dug onsite to confirm ground water conditions in addition to the bore holes. This allowed the geo-tech and structural engineer to be comfortable with no buoyancy and lessen the concrete reinforcing in the structure.

During the selection of the Return Activated Sludge pumps, it was determined that the height of the header was not ideal as it was increasing the overall pump requirements. A Target Value Design session was conducted to work through some protentional re-arrangements of the headers. The solution was proposed by an electrical engineer who is not intimately familiar with the process design but took advantage of the IPD collaborative framework.

The team was also big on social procurement and worked hard to involve local trades in the project, and source as many materials locally as possible. To date, 34 per cent of the materials (lumber/concrete/gravel) for the project have been purchased locally, and 44 per cent of the trade value (roofing/concrete/earthworks/pre engineered steel) is from local suppliers.

COMMUNITY INITIATIVE
Our team engaged in a food drive for Olive Tree, a local non-profit organization that provides lunch for schools and seniors. Our goal was to raise 2,500 lbs of food. In three weeks, the IPD team, with support from trades and suppliers, was able to raise more than 3,300 lbs and $500. Staff at the Olive Tree said that it was the largest single donation ever made to the organization.

The team also held a toy drive and collected enough new toys to fill a pickup box; a truck load of winter clothing and more than $1,500 in gift card and cash donations.