This project involves creating concrete and earth barriers, as well as constructing two new stormwater pump stations, to protect approximately 830m of the riverside in Grand Forks, BC.

With a project of this magnitude having the footprint that it does, it was essential to ensure parties that were required were notified. This involved reaching out to various environmental and archeological groups, coordinating with the owner and consultants, and reaching out to the residents and businesses nearby to ensure everyone was on the same page and prepared prior to breaking ground.

With a large portion of the work involving river access from tight areas, we spent our first two months on-site removing trees, performing proper fish isolation and turbidity control, and building access roads. This was done prior to installing a single permanent feature of the project.

For this construction management project, we were building at the same time as we were completing the design. We were able to incorporate some of our integrated project delivery (IPD) principles to ensure we are maximizing the value we are providing to our client. This included having strategic design meetings with the consultant, ourselves, and our trade partners, to work through issues as they came up and not to delay our progress.

Our earthwork trade partner also had GPS capabilities in all of their machinery, which provided a huge advantage for the in-river work. We were able to work with the consultant team to take their model and upload it to the excavators, which allowed them to accurately dig in and place rip rap into the toe of the dyke, while they were reaching up to 3m under the flowing river. 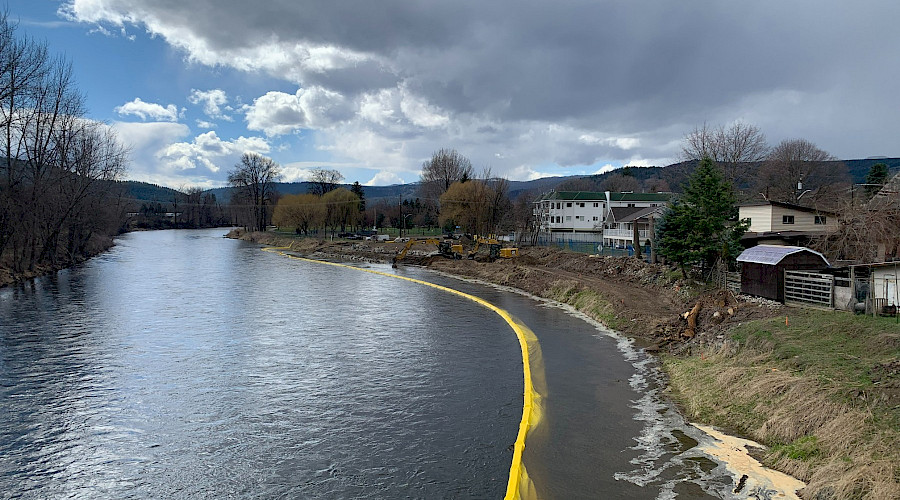 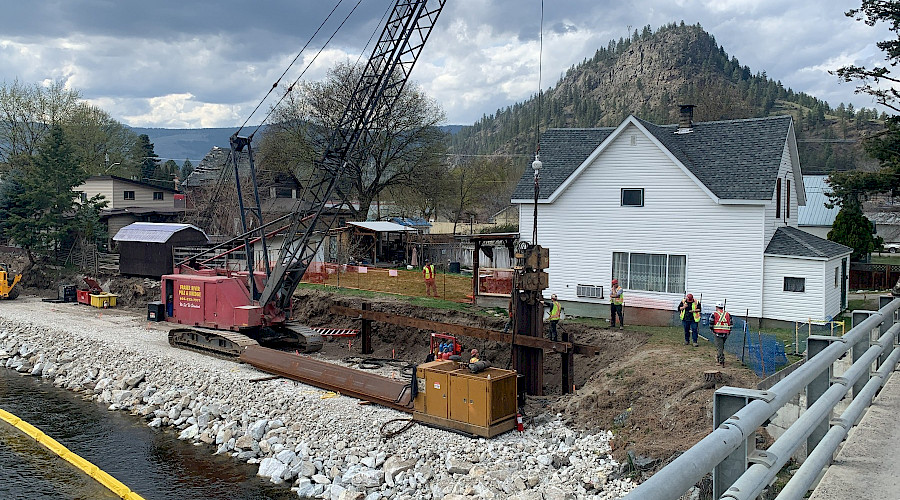 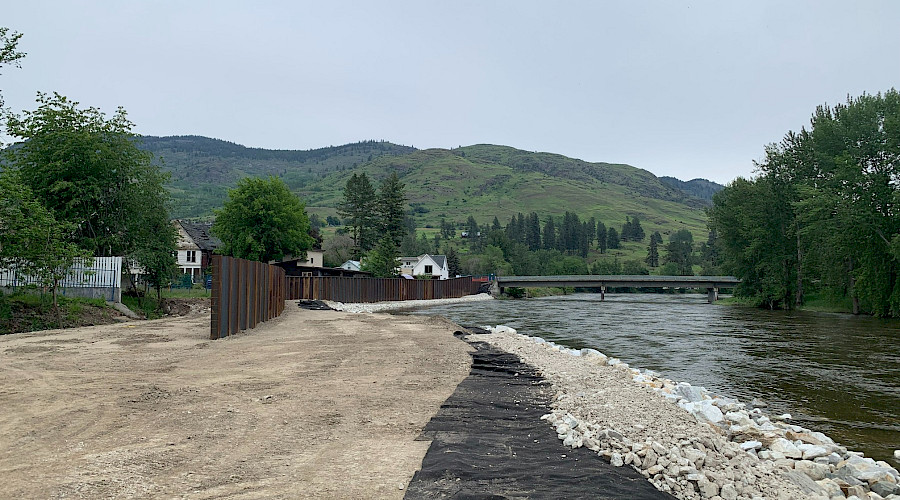 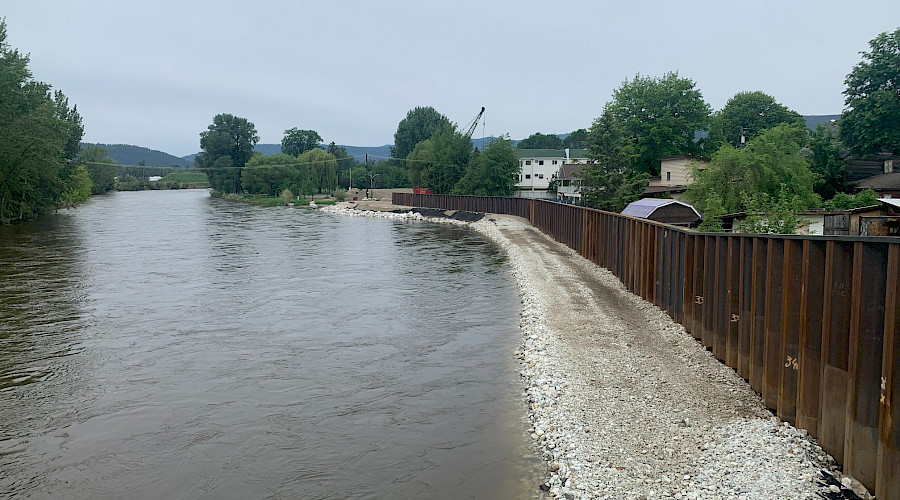