The Blatchford Energy Centre is the first of five planned sustainable energy centres for the Blatchford subdivision. The Blatchford Redevelopment mandate is to make use of renewable energy for the heating and cooling for all residential and commercial development in the 217-hectare area with a planned 30,000 residents.

Energy Centre #1 uses geothermal energy from a large geoexchange field also built by Chandos as part of the project. The energy is then transported through the development via the DESS (District Energy Sharing System). The geo heat exchange field consists of 570 bore holes drilled to a depth of 147 m. The boreholes are connected by 12,000 m of header piping installed 1.3 m below the surface of a storm retention pond. While Energy Centre #1 is an unoccupied mechanical processing building it also forms the corner piece of the future central gathering place for the development. 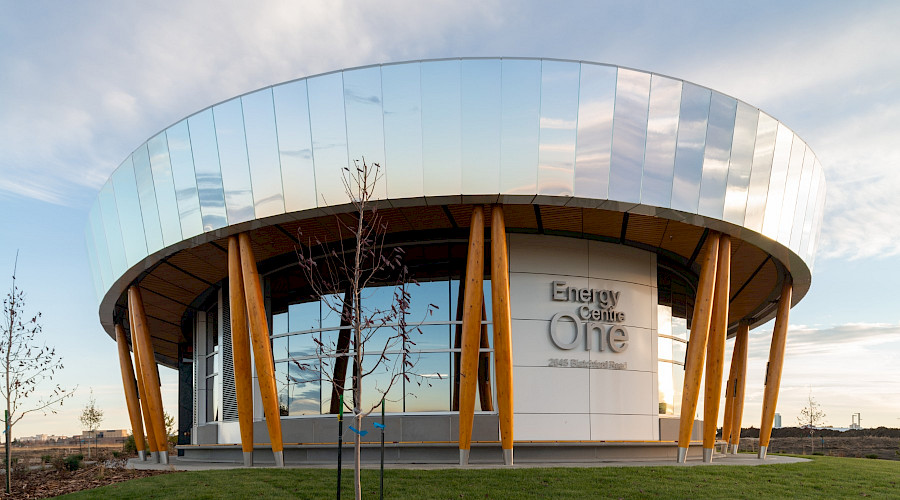 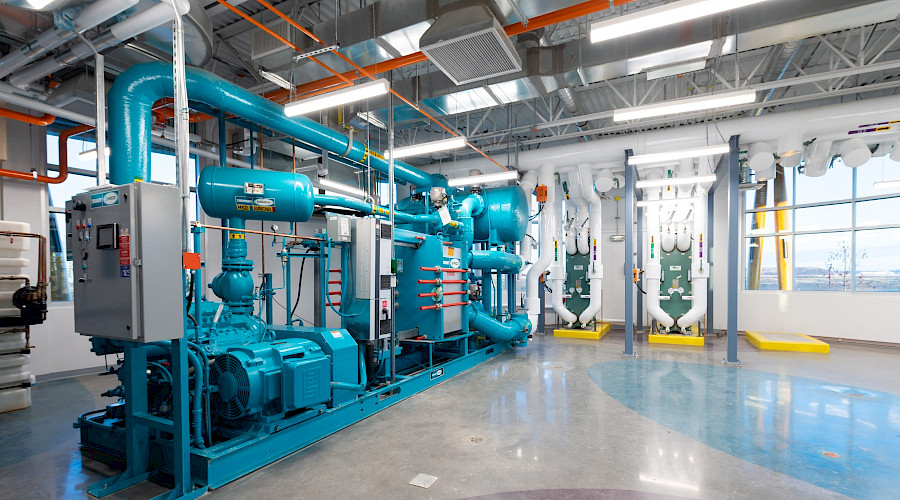 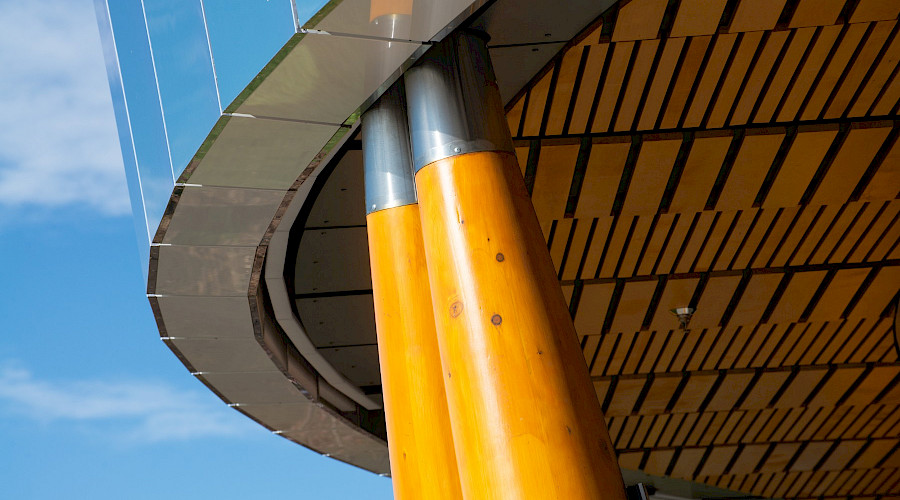 This redevelopment aims to set the bar for carbon-neutral living in Canada on the site of the former Edmonton municipal airport. The oval shaped mechanical building houses the boilers and feed pumps for the geo-exchange system. With such a large amount of mechanical and piping in a small building, Building Information Modeling was used extensively to ensure there were no clashes during design.

We recovered more than 90% of construction waste and used a mobile solar power unit to provide power during construction on this project. This allowed us to divert more than 6,500 litres of diesel and offset 3.5 tons of carbon dioxide from the site.

Learn more about this project: