Better Together: On the Road of Leadership

The COVID-19 pandemic has made it hard to bring people together. In March, we, like many other companies, cancelled an all employee leadership conference. The annual event helps us build culture through inclusion and collaboration. In response, our chief operating office, Sean Penn decided he would take the conversation on the road.

In late June, Sean bought an RV and began his travels across Canada in what would be known as the Better Together tour. He visited our constructions sites and offices to talk with employees and partners about strengthening culture and leadership. His stops included: Red Deer, Edmonton, Calgary, Kelowna, Vancouver, Toronto and Ottawa.

And, to make the trip truly collaborative and inclusive, Sean recorded the entire experience and created a vlog that would help people in different districts connect and learn from each other.

Please note, some of the footage featured in these videos was taken prior to COVID. 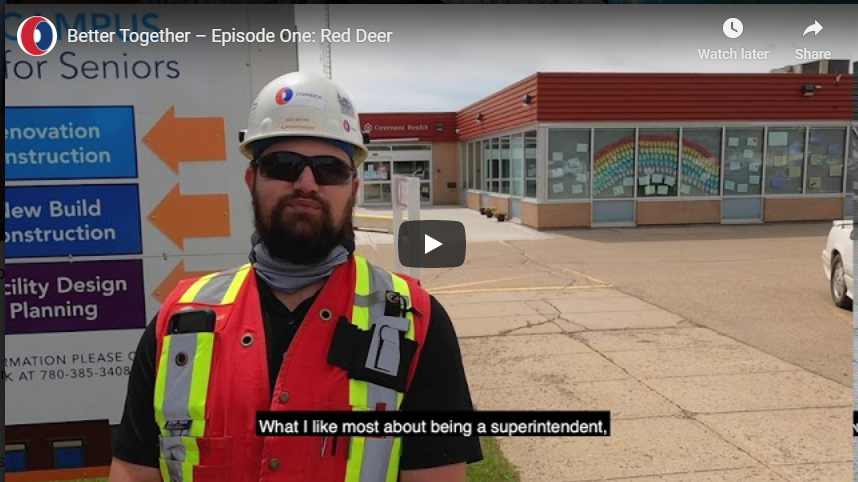 Episode Two: Edmonton
The second stop was Edmonton. Joined by D'Arcy Newberry, vice president and district manager, Sean toured our corporate head office, and spoke with various employees about the role of women in the construction industry. He also visited the sites of the Acheson reservoir; Parkland transfer station; and the Garth Worthington school. 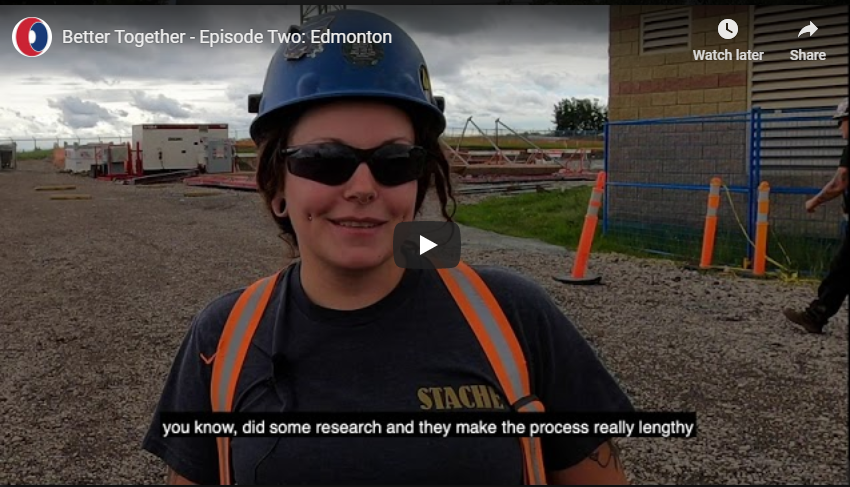 Episode Three: Calgary
The third stop in the cross-country tour was Calgary. Here, the theme focused on measures Chandos implemented in response to COVID. The trip included visits to the office and sites - Revera Scenic Grande – the biggest job the district has been involved in; Forest Lawn high school and SAIT’s John Ware building. 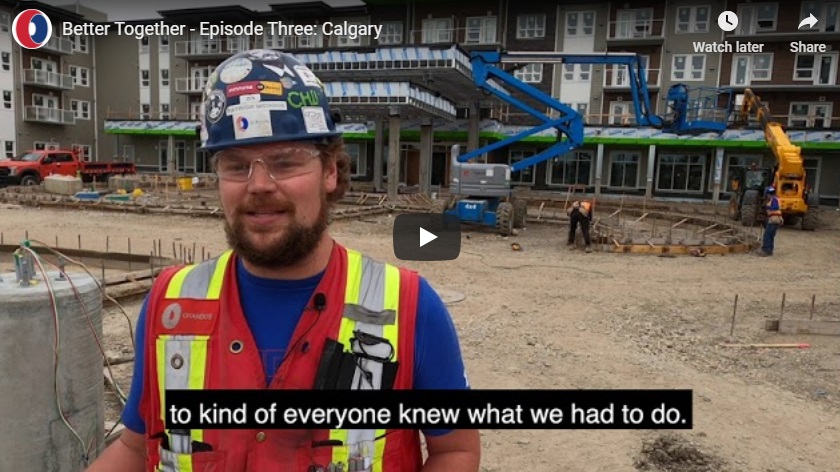 Episode Four: BC Interior
Sean's latest vlog explores the regions of interior BC. He visits our new Kelowna office as well as several key projects in our repertoire, including: the College of the Rockies in Cranbrook, which will be Passivhaus certified; shared housing in Nelson; the Breathe Medical manufacturing facility in Kelowna and the Canada Games Aquatic Centre in Kamloops – the second IPD project in his tour. 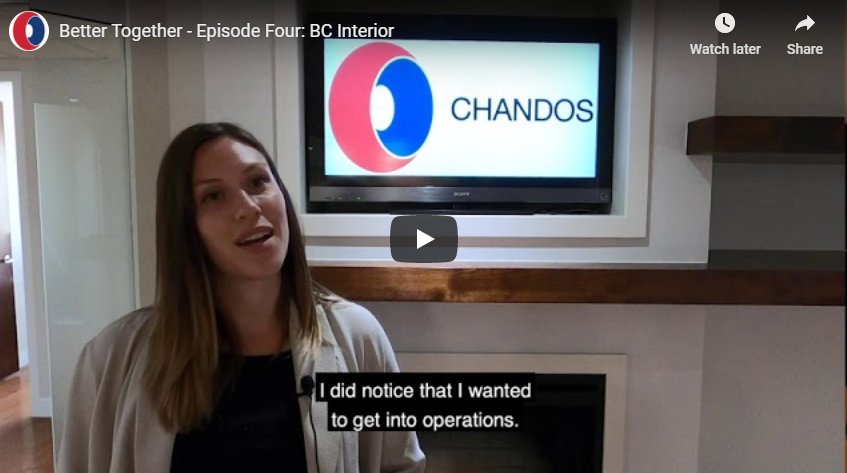 Episode Five: Vancouver
The latest stop in Sean’s cross-country road trip is Vancouver. He visits the sites of Maple Grove Elementary; Simon Fraser University’s (SFU) dining commons and the SFU stadium. He also discusses the districts leadership model and incredible growth in just four years. And, has a heartfelt discussion with one of our craft workers about her struggles during COVID, and the support she received from her team. 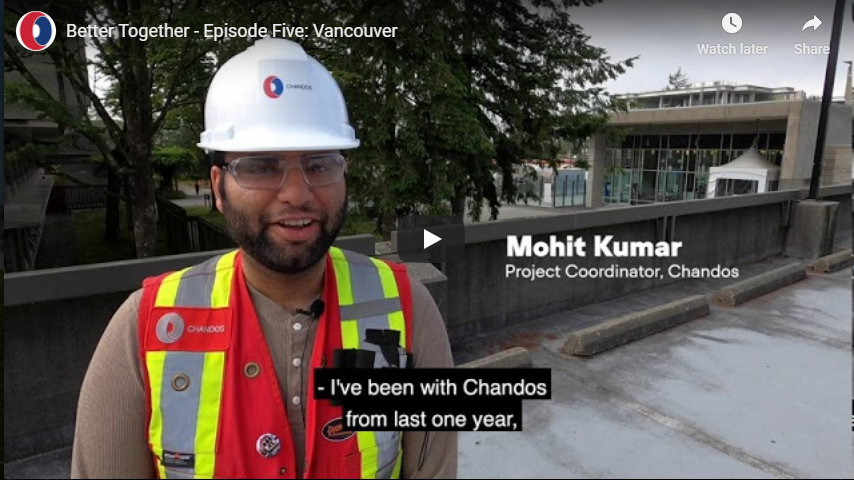 Episode Six: Toronto
Sean has made it all the way to Eastern Canada. The latest stop being Toronto. He explores one of the company’s newest districts, takes a tour of the office, and visits the project sites of Seafood City in Scarborough and Nordik-Spa Nature in Whitby. 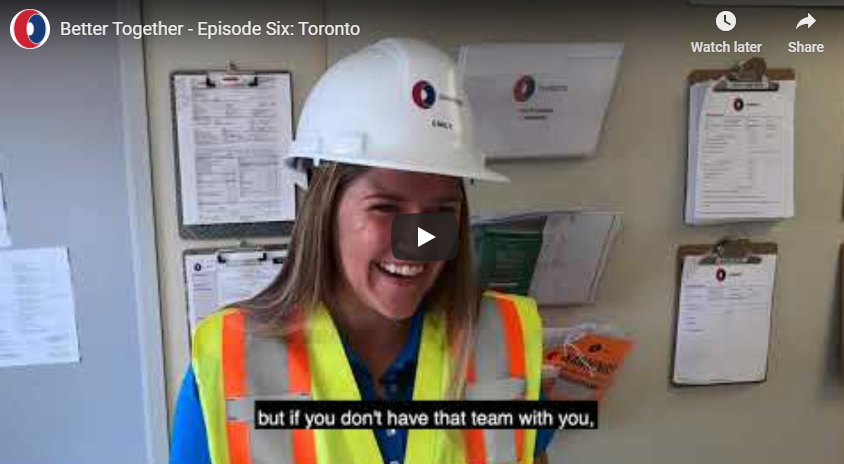 Episode Seven: Ottawa
In our final episode, Sean visits Ottawa. The latest addition to our geographic expansion. The episode explores Chandos’ employee ownership model and the values of Integrated Project Delivery (IPD). It also includes a visit to the ‘big room’ of Canadian Nuclear Laboratories. 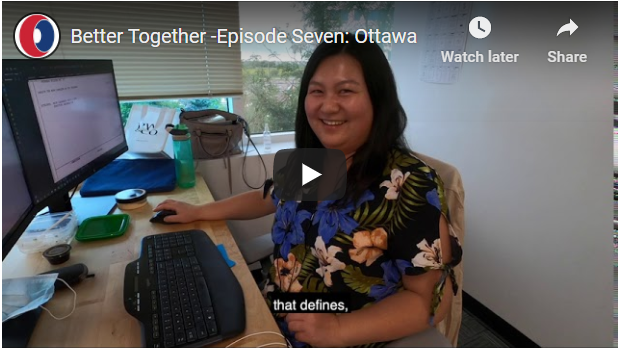 Our 'Better Together' cross-country tour with COO Sean Penn is wrapping up. Seven districts. More than 20 site visits. Two months of travel. One RV. And countless conversations with our employees across Canada. 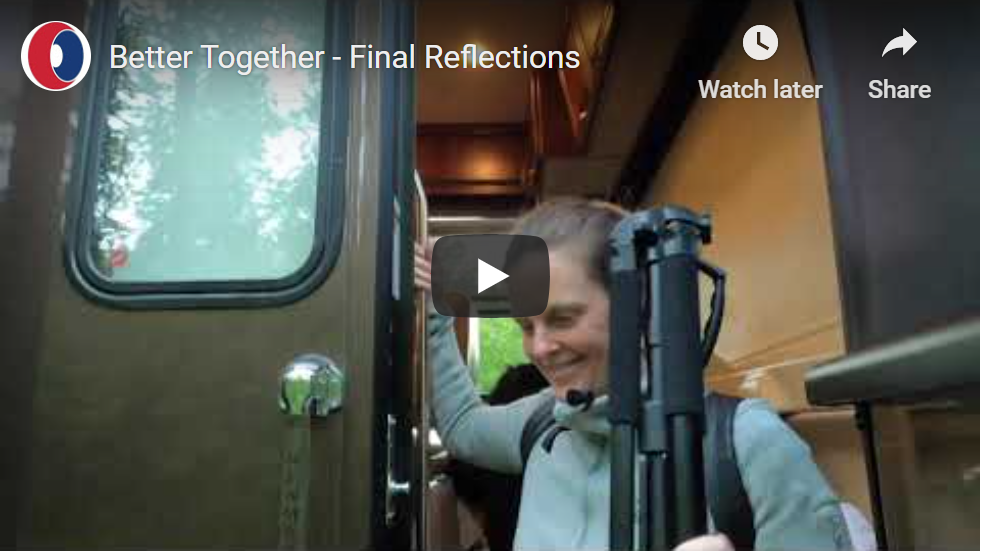