Linsford Gardens is a five-building wood framed affordable housing project. It was developed in two phases: first, we built two new structures; and then we completed abatement and demolition of the older structures, and constructed an additional three buildings. The entire complex includes 64 units.

We completed this project three months ahead of schedule and residents were able to receive early occupancy. 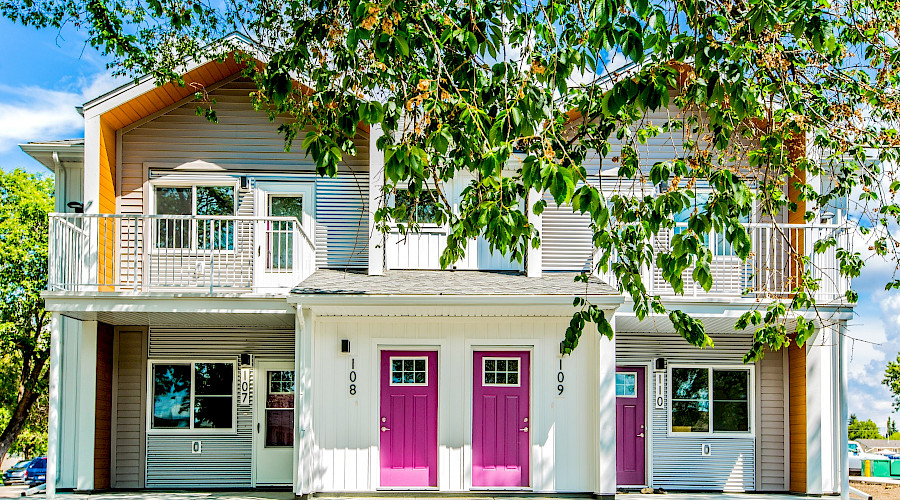 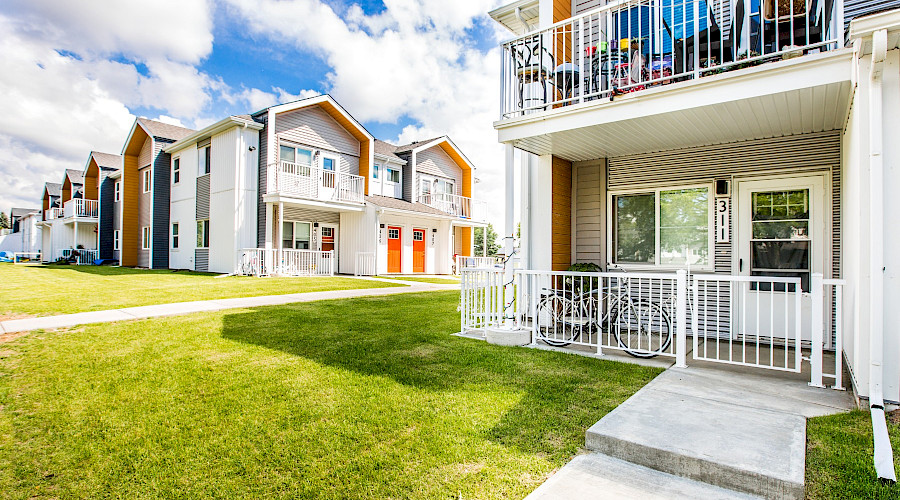 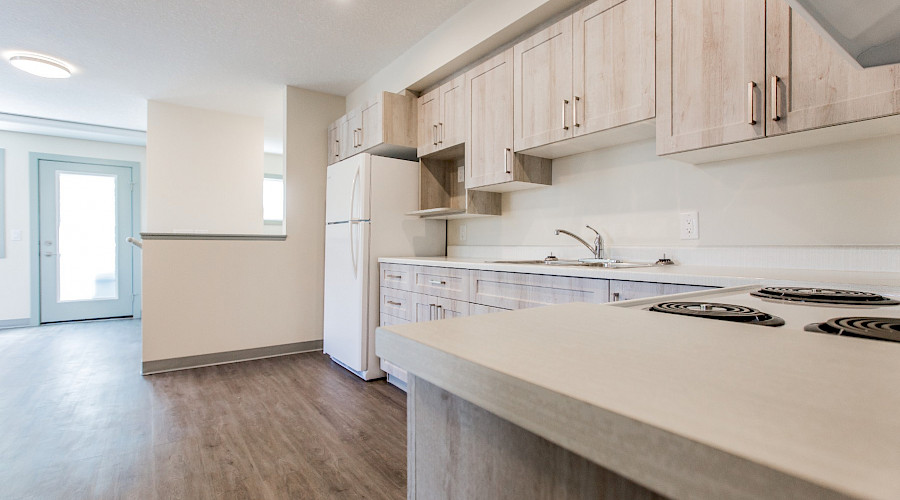 We held daily 15-minute standups with all the trades as well as weekly pull plan meetings to discuss durations, flow, challenges and wins for the week. Through collaboration, we were able to find new efficiencies that better fit the project and in turn help the overall schedule. A safe work procedure, utility connection and a restoration plan were also developed.

To be able to phase the project, a land swap agreement was required between the City of Leduc and Alberta Seniors Housing Corporation. They agreed that the park which was originally located on the south west corner of the property could be relocated to the north east corner. This allowed the current residents to stay in their homes during construction and move in to the new buildings before we began abatement and demolition. If it weren’t for this, we wouldn't have been able to proceed without displacing residents.

To keep the schedule on track, the framing contractor utilized Habitat for Humanity for offsite prefabrication of the wood framed walls while we constructed the foundations for the buildings. Habitat for Humanity took the consultant’s CAD files to produce shop drawings quickly and accurately then framed and sheathed the walls in the prefab yard where they were stored until the site was ready to erect them. The shipments came on time and in a certain order so that the onsite installers could easily place and brace the walls.