The City of Kamloops was the first municipality in British Columbia to pursue and complete a project by way of Integrated Project Delivery (IPD). This major renovation was for the Canada Games Aquatic Centre: their main aquatic facility originally constructed in 1992 consisting of a pool and future additions of an amenity pool, sauna, steam room and slide.

In 2005, the site was further developed with the addition of the Tournament Capital Centre which included an indoor fieldhouse, fitness centre, and wellness centre. While the building was well-maintained, it had just entered its 26th year of service with minimal upgrades or improvements. The existing building envelope, mechanical, and electrical systems were beginning to reach their life expectancy and were at, or past, their anticipated service life.

Read more about this project in our case study 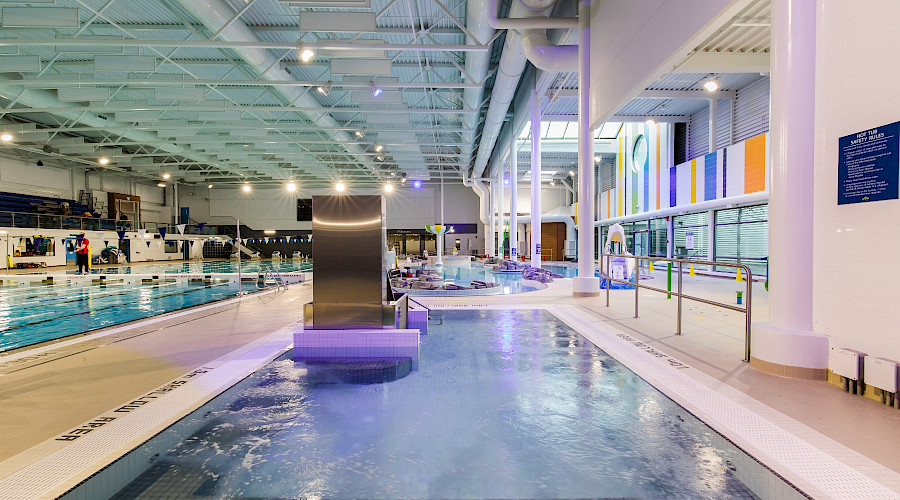 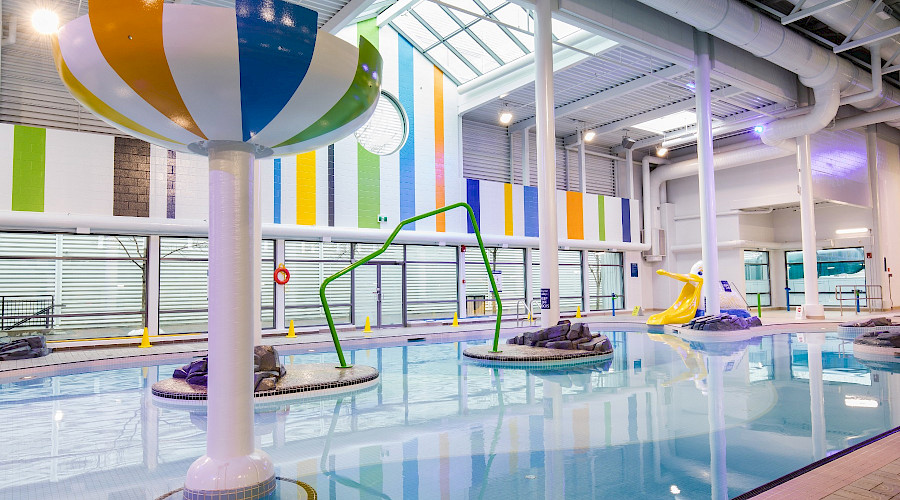 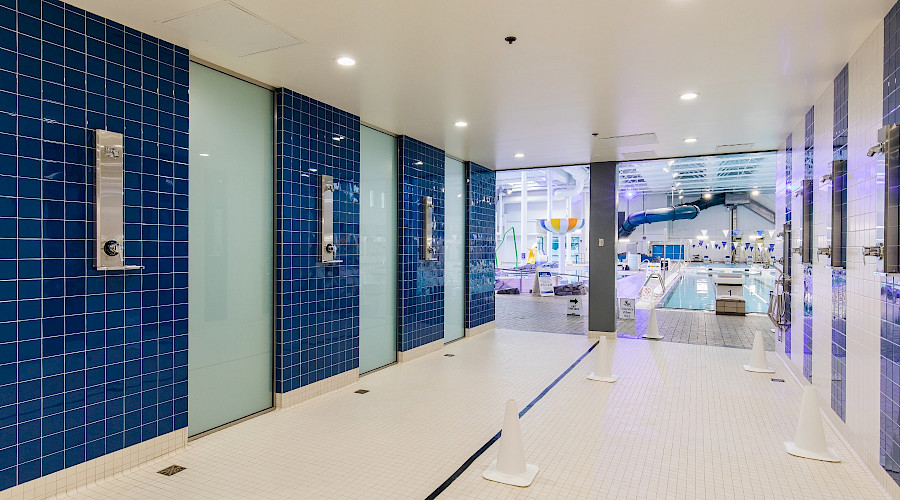 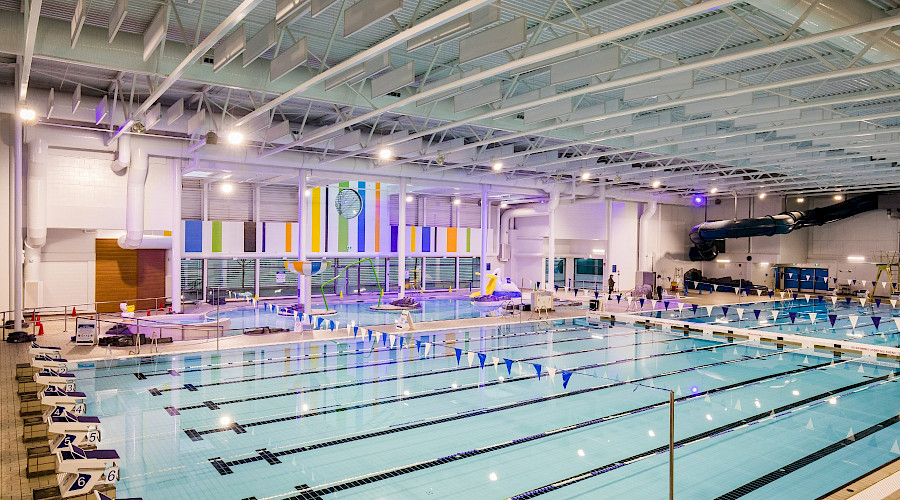 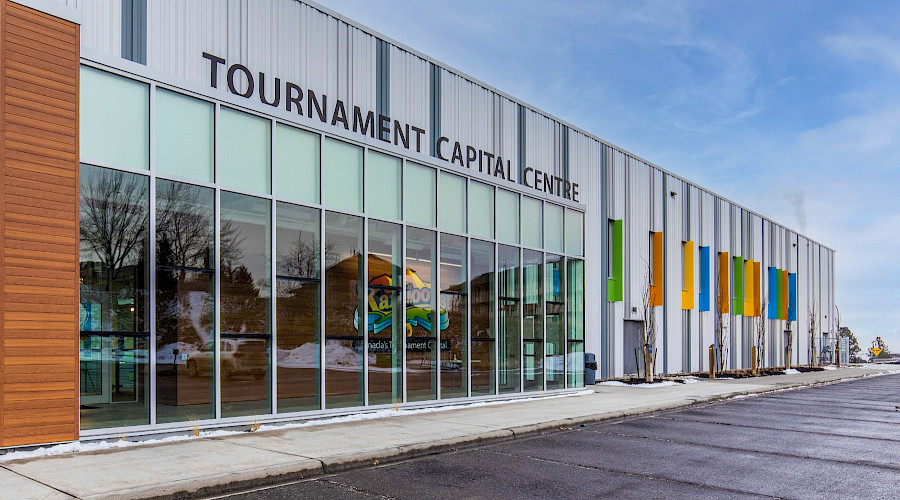 Unlike traditional methods of delivery, IPD meant that the team worked together to create solutions in real-time throughout all phases of the project including validation and design. This project stayed on track and got ahead of schedule despite the global COVID-19 pandemic shutdowns that happened just one month into the design. Since the pool was closed to the public, we were able to adjust our sequencing plan and shorten the design and construction phases of the project while still providing the city with an exceptional project.

With the shutdown of the facility and the pool being emptied sooner than expected, the Scaffolding team was able to look at a different approach to the scaffold. Originally, the plan was to build towers for work to begin in certain areas, instead, we were able to build a rolling dance floor with bridges on either side that spanned overtop of the lap pool filling the entire facility to allow for an even and accessible working area for trades.

The IPD team and the city were very proud of the work that was completed through all project phases. Through collaborative construction, we were able to come in under budget while completing all projects in scope. This included a complete replacement of the building’s envelope, mechanical, and electric systems along with new entrances, accessibility improvements, and retractable bleachers. We also replaced and modernized the change rooms, hot tub and sauna areas for energy efficiency and constructed a new spray park among other improvements.